Posted on February 13, 2016 by scoilmhuireblog

Credit to our Quiz Teams!

We are so proud of both our junior and senior quiz teams who did Scoil Mhuire extremely proud in this year’s Credit Union Quiz. They were merely pipped at the post to receive a place but true to their nature, they were very gracious in defeat.  These photos were taken the day after the competition and the smiles prove that  the girls had the best fun preparing for the quiz and thoroughly enjoyed the experience. 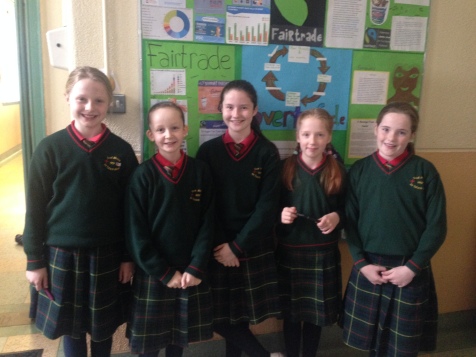 To give you an idea of just how tough some of the questions are – the girls would like to challenge you to answer the following samples of Credit Union Quiz questions. Refrain from googling your answers please!!

1. What is the term used to describe the part of an army which is specifically trained to fight on foot?

2. Born in Hungary, which magician’s real name was Erich Weiss?

3. Bees are found on every continent in the world except one. Name it.

4. What year did the Wright Brothers complete the first controlled, powered and sustained human flight? It lasted 12 seconds.

5. What is the largest inland lake in Scotland (by surface area) which also has a famous song written about it?

6. What is the name of the strait that links the Mediterranean Sea to the Atlantic Ocean? There is also a ROCK of the same name.

← Pancake Tuesday Treats!
Love is still in the air!! →