Posted on November 20, 2016 by scoilmhuireblog

Our budding Einsteins here at Scoil Mhuire enjoyed all the fun of Science week with a great selection of Experiments.

Whilst some citizens of the world are looking to build walls, the girls of 5th class have their sights set on building bridges. The students came up with innovative ways to construct their bridges using scientific reasoning to ensure that they would stand!

Mr. Dillon’s students have had lots of fun this science week! On Monday they investigated which materials stopped the force of a magnet from moving a paper clip. On Tuesday they went balloon surfing and managed to get six children onto the table before it gave way! On Wednesday they made their own set of drums using glasses and water. They put different levels of water in each so they would make different sounds. 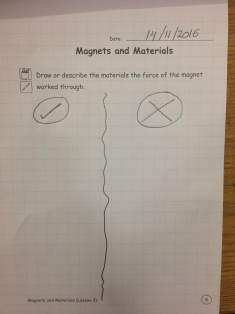 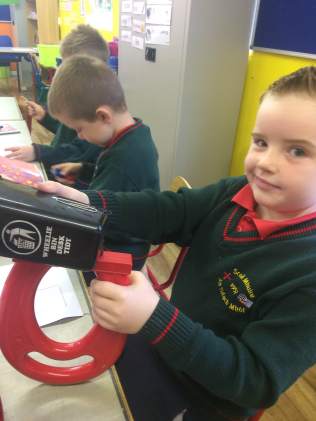 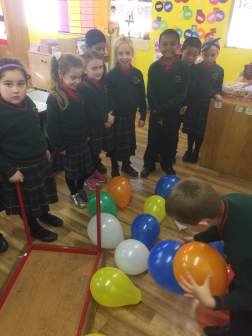 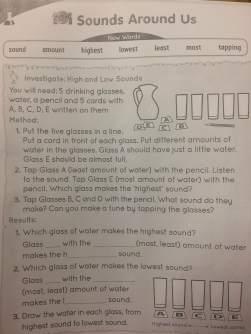 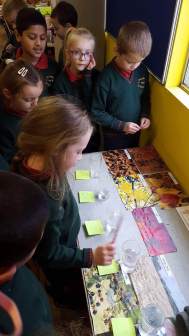 Ms. Conroy’s third class made us rethink those delicious Skittles as they created rainbows with the dye from each of the sweets! The students investigated what happens when you shine light on various objects. They also did an experiment to see which materials are transparent, opaque and translucent. 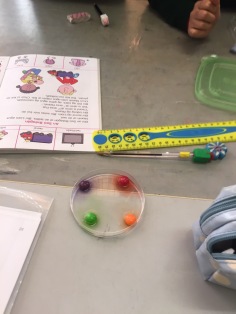 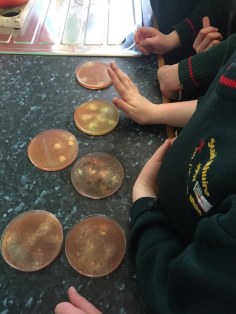 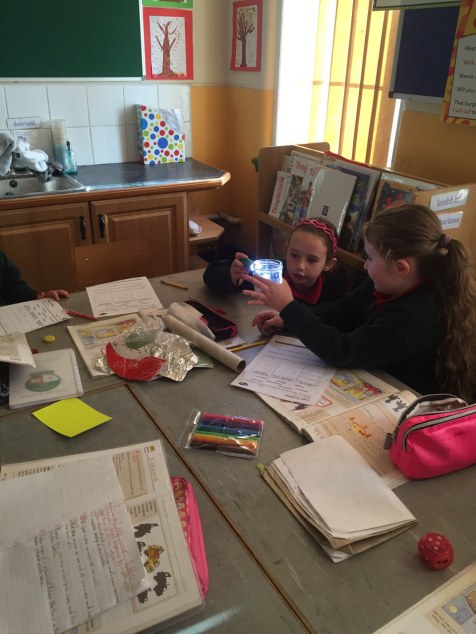 In Ms. Wright’s class the children experimented with light and you would be forgiven for being VERY scared as the students made incredible shadow monsters! 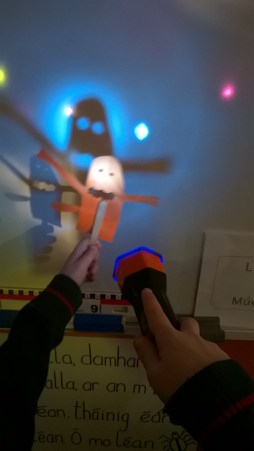 6th Class had the opportunity to go to Tullamore College. The transition year students kindly showed them lots of interesting experiments that included bubbles and lungs!! 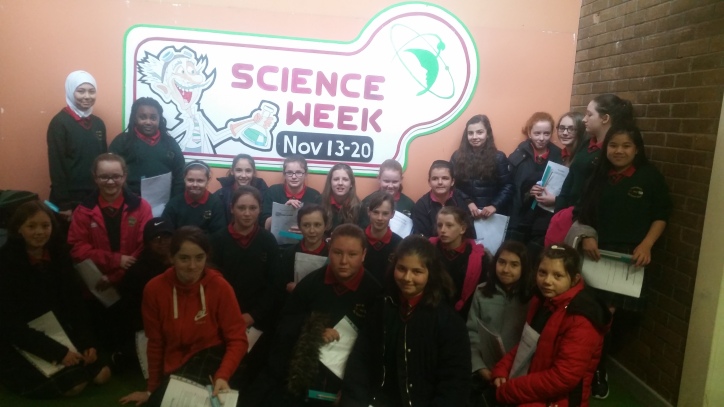 Senior infants had a fabulous time making a giant mess in the yard. If it isn’t messy however – it isn’t much fun!! The students all looked at materials going from a solid to a liquid. 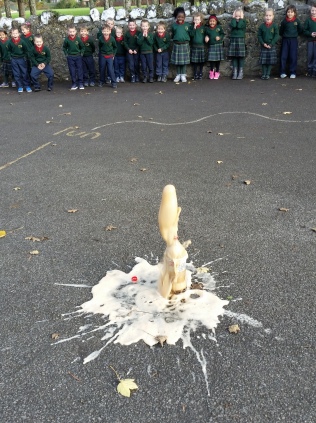 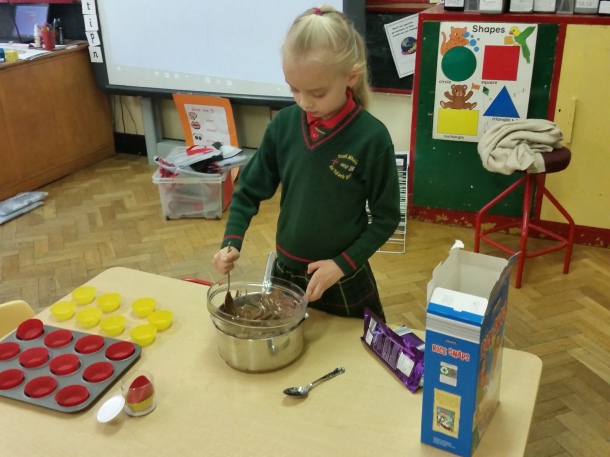 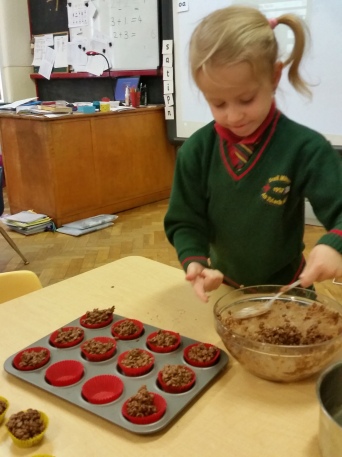 4th class investigated with mixing materials and thoroughly enjoyed getting in on the action of Science Week. 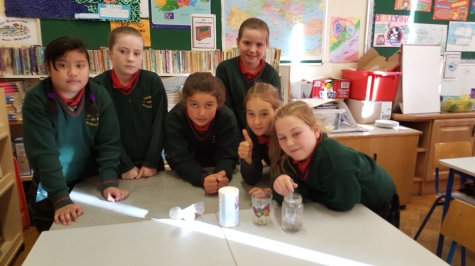 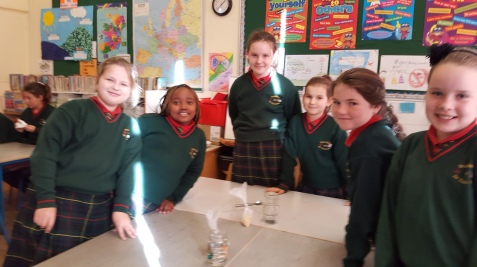 To conclude our Science Week – past pupil Ronan Adams is all grown up and a volunteer with the RNLI  (Royal National Lifeboat Institute) based in Dún Laoghaire. He brought his faithful dog Zulu and showed the students how science has ensured the safety of those in the RNLI and those who call upon it for their services. To prove how resistant his uniform was against the elements – he gave the girls permission to shower him in water. This outfit would have been handy for last Thursday’s snow blizzard!! 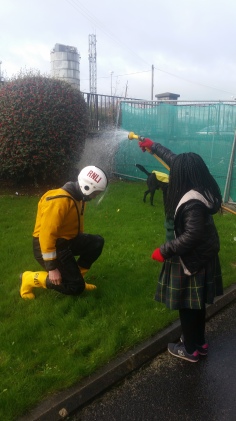 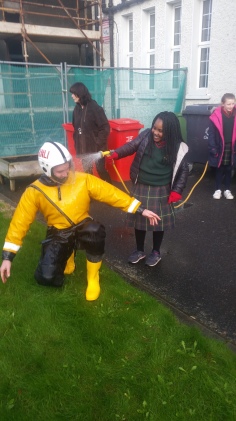